OK folks. so I saw something cool on internet and I decided to write about it.

Here is the details from Dell's press release

I was looking to buy a new laptop few months back but I did not want my laptop to be outdated within months after buying it since windows 10 and skylake were around the corner. And then the cool Thunderbolt 3.0 was announced. so I decided to wait till I can buy a powerful laptop with windows 10, skylake and Thunderbolt 3.0. My old laptop started giving bluescreens and oh man it stops doing anything if i open up couple of projects simultaneously on visual studio.

so I was eagerly following skylake and windows 10 related feeds. That's when I came across this cool looking windows 10 device with infinity display from Dell that was put up in display in computex Taipei event forum. 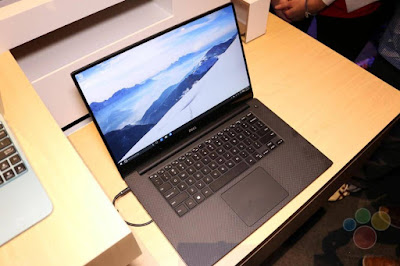 Since microsoft used this device to show off windows 10, there were rumors that this laptop from dell would be announced during windows 10 release but that did not happen.  But when I was searching internet today for a dell laptop with skylake processor, I came across something interesting.

It looks like dell is working on precision line ups(mobile workstations) with skylake processors and windows 10. I came across a leaked image showing up the precision laptop lineups. 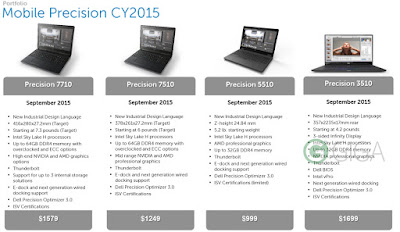 in these line up Dell Precision 3510 is very interesting. It has got the super cool infinity display. The specs include
A laptop that resembles one from these lineup was put on display in IFA 2015. There is only one video available that walks through this special laptop from IFA

Video courtesy: mobilegeeks
Even though the reporter says it is xps15, the label under the laptop clearly says it is dell precision 5510 @1:41 in the video. the video covers the other important specifications though.
The existence of 3510 laptop has been confirmed by another search result that shows that this laptop has been imported to bangalore(India) for testing. this imported item information also reveals that this laptop comes with I7-6820H processor.

I think we do not need to wait for longer for this laptop to be released. This should be out in a month or two. It may well be announced at the Dell world conference next month.I am very excited about this laptop and I think I am going to buy it as soon as it is out.

What do you think folks? share if you have any information on this laptop. Leave your question in the comments section.

UPDATE:-
This is the answer I got from dell to my query about the above laptop on twitter. Well we all expected the same standard answer